Emotional Baggage is the feelings you have about your past and the things that have happened to you, which often have a negative effect on your behaviour and attitudes.

Also, Read Doctors Review 7 Dangerous Diseases You Can Get Through Kissing

In Adamawa State Women Wear Leaves Instead Of Clothes

Unemployment And Underemployment Is The Cause Of Insecurity Problems | Chris Ngige

Difficult People: Simple Ways You Can Handle Them

In adult life, emotional baggage comes to the fore in relationships in two main forms.

Behind adult problems, however, there may be deeper forms of emotional baggage rooted in the experiences of childhood, but continuing to trouble personality and behaviour within the adult.

Men and women may be unable to leave the pain of childhood behind and look to their partners to fix this, rather than to address more adult concerns.

Similarly, as parents, both sexes may find their own childhood pasts hampering their efforts at more constructive child-rearing, whether they repeat, or seek to overcompensate for, parental patterns of the past.

Everyone carries unprocessed emotions from experiences to some degree. However, emotions that aren’t dealt with don’t just go away.

Let’s unpack the layers of how and where emotions get stuck, so you can release what’s weighing you down.

What does it mean to have ‘trapped’ emotions?

Perhaps you’ve heard of people crying during yoga, massage, or acupuncture treatment because of a tender spot that, when activated, appears to lead to an emotional release.

Though some may refer to trauma being “stored” or “trapped” in the body, that isn’t necessarily a scientific way to put it.

However, the symptoms of traumatic stress can manifest physically.

This may be because the brain associates this area with a particular memory often on a subconscious level.

Activating certain areas of the body may trigger these memories, according to Mark Olson, PhD, LMT, the owner and director of the Pacific Center for Awareness & Bodywork.

“Emotions are constantly being generated — subconsciously or consciously — in response to the reactivation of memories or unsatisfied goals,” Olson says. “The touch to X area is simply a reliable stimulus to reconstruct the pattern associated with that traumatic event.”

Alternatively, some believe that trauma and difficult emotions can, in fact, become literally stuck energy in the body, though this isn’t supported by scientific evidence.

How do emotions get trapped?

If you’re in a situation where you’re afraid, your body generates a physical response to this emotion by activating the fight-flight-freeze response.

According to Nelson, three things happen when an emotion is experienced.

“The phrase ‘trapped emotions’ usually means that the true self wants to express something that the false self doesn’t want us to express,” Olson says. “In psychology, we think of the true self as the part of us that we are born with that is naturally open, curious, and trusting, while the false self emerges as a set of adaptive strategies to deal with pain and loss.”

This repressed negative emotional energy can express as:

It’s impossible to have a conversation about trapped emotions without exploring trauma, especially how the brain experiences it.

It especially affects memory processing and the ability to recall factual information, or explicit memory. As a result, the traumatic experience or memory is not “logged” properly in the brain.

“When it comes to an extremely overwhelming experience, like a trauma, the brain encodes the traumatic memories as pictures or body sensations,” Vincent says.

When triggered, the brain may disconnect from reality or replay the traumatic event in the form of a flashback.

This is known as dissociation or psychological disconnect.

Where are trapped emotions stored in the body?

Ever feel a tightness in your chest during an anxiety-inducing situation? Or do you notice that it feels good to stretch your hips after an emotionally draining day?

Where one person feels tension or sensitivity in their bodies might not be the same for another.

Emotions that aren’t dealt with may become stored in your unconscious, and may even affect your body posture.

“Muscle tension emerges to create and maintain postures that keep oneself safe or unaware of unpleasant feelings,” he says.

Certain postures and gestures also relate to specific feelings and social meanings. Think of a warm embrace versus crossed arms.

This may help us understand why some believe tension in the body is associated with specific areas. However, Olson advises against using this to create general narratives.

“This puts a very shallow limit on how far one can explore as they defer to a [list] rather than what they can find within themselves,” he says.

Emotional Baggage. How to release emotions from the body

Ever feel like you need to cry, scream, laugh, punch a pillow, or dance it out?

We’re often taught to bury our pain and soldier on. Over time, this can lead to repressed emotions, also known as unconscious avoidance.

Here are a few ways to release repressed emotions:

Note: When an emotion is not fully processed, it may become “stuck” in the body.

However, it’s the limbic structures of the brain where emotional processing occurs. While some areas of your body undoubtedly hold tension or may be associated with an emotional experience, ultimately it’s the brain that’s reconstructing the emotion.

By using techniques to work through your emotions, like therapy, intentional movement, and shadow work, you can learn to move on from past traumas and release the associated bodily tension. 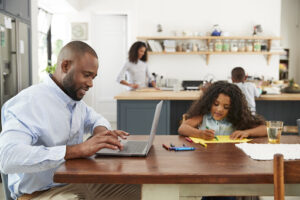 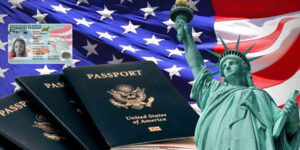 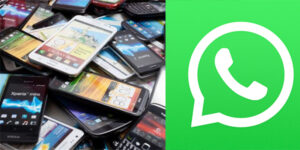 51 Phones WhatsApp Will Block from November 2021 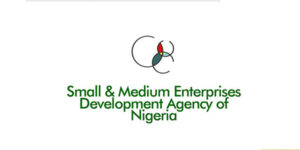 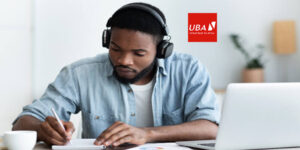